The State of Oil Outside of the United States

Not only did it surpass the monthly production rate of the world’s largest oil producer, but the country also lifted the 40-year export ban that kept its growing crude oil supplies from being sent out into the world.

In the years since the U.S. shale boom took hold, the country has become a swing producer of the commodity.

That is, the U.S. now has sway in the global markets enough to force the hand of other producers. 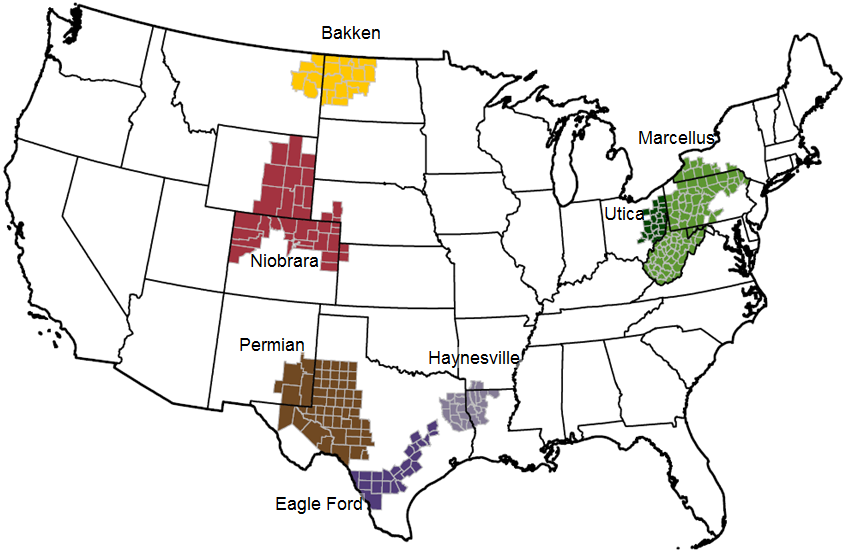 But it wasn’t always this way.

Less than a decade ago, when the shale boom was just getting off the ground, the U.S. was little more than a destination for crude oil imports. Most often it only exported refined petroleum products.

Today, even though it’s become a major part of the global oil market, the U.S. still has some stiff competition from a number of oil-rich countries.

Here are the five countries with the biggest hold on oil outside of the U.S. and how the market will be changing for them in years to come...

As of 2019, Saudi Arabia was the world’s second-largest oil producer with an average production of 12.1 million barrels per day (bpd). Its ahead of Russia by almost a million barrels, but it really gets the top spot on our list because it’s also the unofficial and outspoken leader of the Organization of Petroleum Exporting Countries, also known as OPEC.

The group has major sway in the oil markets, and its members made up half of the top 10 oil producers in 2019. As such, we’re grouping them together in this report and putting them all under Saudi Arabia’s banner.

Saudi Arabia has long been the group’s largest member with the most influence on global oil markets, especially the price of oil itself. This has made it the world’s most powerful swing producer for decades.

Until, of course, U.S. shale came into the picture.

The country, and all of OPEC, originally increased production in 2014 in order to drown out new shale producers and return balance to the oil market.

This worked on a much smaller scale than OPEC had anticipated. Many shale producers did go out of business, bringing North American oil and gas rig counts down from nearly 2,000 rigs in early 2014 to less than 500 rigs in 2016.

However, while newer U.S. producers were able to adapt to the low oil price environment, many members of OPEC suffered.

Venezuela, for example, relied so heavily on oil revenues that when prices dropped from more than $110 to less than $50 in a matter of months, the country’s budget took a massive cut.

Now, Venezuela is on the brink of disaster as it tries desperately to reduce inflation and calm social unrest. Fellow OPEC member Algeria is in the same boat.

Even Saudi Arabia saw its oil revenues take a plunge, and as such has had to cut back on its lavish social programs and even tax domestic gasoline purchases for the first time ever.

In 2016, the group decided to change tactics. Together with Russia, OPEC made an agreement to cut and cap its production rate to bring prices back up. In 2017, several members including Saudi Arabia and Nigeria agreed to cap exports as well.

While U.S. shale has managed to wrench some of the power away from Saudi Arabia and its group, OPEC still has major bearing over the global oil market.

The next development on this front will come when state-owned Saudi Aramco IPOs worldwide.

Saudi Arabia wants to wean itself off of its dependence on oil profits and has decided that selling 10% of this oil behemoth (an initial public offering potentially worth $100 billion, the largest the world has ever seen) is the way to do so.

As I mentioned above, Russia is currently working with OPEC to reduce its oil output in order to bring prices back up.

To put that in perspective, the next highest producers ahead of Russia and Saudi Arabia is the U.S. with over 15 million bpd. Beyond that, the numbers drop pretty quickly: Canada comes in at number four with just 4.9 million bpd.

More important than production, however, may be how much of this product is exported all over the world.

As of 2019, Russia still lagged well behind Saudi Arabia in terms of total oil exports.

Saudi Arabia exported just over $182 billion in crude oil, which amounts to about 16.1% of the world’s oil exports. Russia came in second with more than $129 billion, or 11.4% of global crude exports.

However, Russia did win one major market that year: China.

China is the world’s biggest energy market. The country consumes more energy than any other, and that consumption is rising all the time.

This makes China a key energy market toward which the world’s largest energy exporters want their production to be heading.

Russia remains a major independent oil power, even as it works with OPEC to bring the price of the commodity back up. It remains in the top 10 of proven oil reserves and has shown that it has the capacity to ramp production back up when the time is right.

China isn’t known for being a major oil power.

In fact, it’s the biggest importer of the commodity by a long shot. In 2018, China imported more than 10.1 million bpd. That's an over 10% rise from the previous year.

While more than half of those imports came from OPEC members, Russia was the biggest individual contributor in 2019. Other non-OPEC contributors included Brazil and Oman.

However, China does not intend to remain beholden to outside producers as it increases its use of crude oil and petroleum products. As such, the country has been working to increase domestic production right alongside its growing imports.

To get there, the country may have to replace much of its existing infrastructure.

The problem was that much of the infrastructure China used to build up its production capacity was expensive and used to recover oil from older fields.

Unlike more cost-effective hydraulic fracturing techniques used in the U.S., China’s processes became economically unviable when oil prices took their dramatic plunge. By 2016, this made much Chinese production unprofitable, and production dropped as a result.

Moving forward, the country could learn from more advanced techniques used around the world.

As it increases domestic production, competition for its business from global exporters will become much fiercer. OPEC, Russia, and the U.S. will be vying for every barrel of export revenue, and all eyes will be on China’s production numbers.

Canada has always been a major player in the oil industry.

As of 2019, it was the world’s 4th-largest producer with an average of 4.9 million bpd. The country holds over 169 billion barrels of proven oil reserves, and that’s just what can be produced economically today. Not considering the cost of extraction, Canada has 1.7 trillion barrels of oil under its belt.

What’s interesting about this country’s reserves is that the majority of its oil isn’t held in shale formations, or even in offshore wells… it’s held in oil sands. 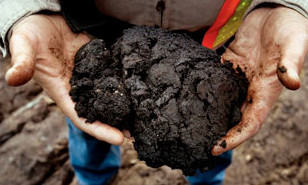 Oil sands, also known as bitumen or “tar sands,” are exactly what they sound like. Rather than breaking the crude out of rocks, producers in Canada — especially in Alberta, where nearly 98% of the country’s oil sands are located — extract the commodity from thick, oily sand.

As you can imagine, this process takes a lot more time and money than shale and even traditional vertical drilling.

However, the sheer magnitude of Canada’s oil sands operations has kept it on the global oil map thus far.

What’s more, the country isn’t known for its political disputes, which makes it an attractive place for investors looking to avoid some of the risk of the global markets.

Though the country’s oil sands have been under attack for decades, Canada will remain a major source of oil for the foreseeable future.

Meanwhile, imports of the fuel have been growing fast:

Much of this oil comes straight from the U.S. via pipeline across the Gulf of Mexico. The U.S. Permian Basin is the most resilient of the country’s shale plays, and it’s in prime position to send our neighbors to the south all the oil they need.

You’d never know that back in the 1920s, Mexico was actually the world’s largest oil producer!

But over the years, development of its oil fields diminished. Now, the country has just over 9 billion barrels in proven reserves, as oil discoveries have fallen and further development of existing fields has become less essential.

However, much like China, Mexico hopes to begin reducing its reliance on foreign supply.

The country has several offshore oil plays that could be highly lucrative using newer, more affordable hydraulic fracturing techniques instead of the traditional drilling processes the country mainly uses today.

In 2016, in fact, Mexico began auctioning off some of its more attractive oil plays to spur foreign investment in the industry and get its languishing oil market back in business.

Another auction in 2017 put the spotlight on one play in particular, one that holds an estimated $490 billion worth of viable oil reserves.

In late 2018, the country suspended oil auctions for 3 years, with the President of Mexico wanting energy companies to "stop speculating and start producing".

Eyes on the Prize

U.S. shale may have changed the game, but it hasn’t knocked out the biggest players.

The next decade or so will be a big one for oil. Not only is the U.S. still holding strong against all odds, but it’s shifting the power dynamic of the market.

China is on the rise… Mexico is on the mend... Canada is fighting back... OPEC as we know it may not exist for much longer…

Don’t let today’s low prices scare you into missing out on tomorrow’s gains. Oil has weathered downturns and energy breakthroughs to become one of the oldest and most profitable energy investments in the world.

It’s all just a matter of putting your money in the right place.