A New Uranium Bull Market is Getting Started

The best performing mining sector of 2017 so far isn't gold or any precious metal... and it isn't lithium or even some kind of rare earth element...

Uranium stocks are heating up on hopes that President Trump will revitalize the nuclear power industry in America. 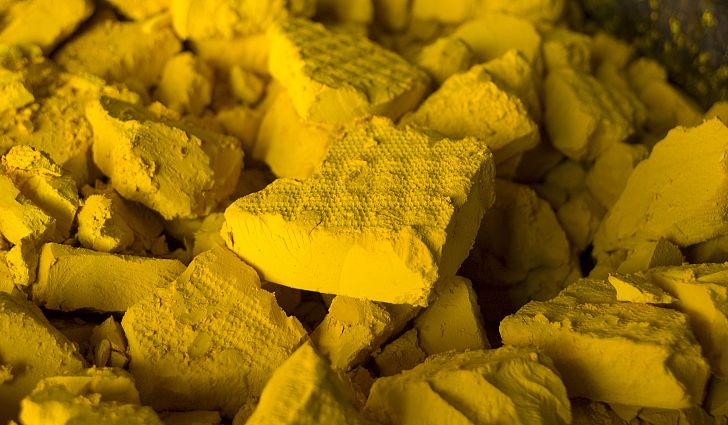 Although The Donald hasn't mentioned much about nuclear energy generation since he took the election, investors are speculating his administration will loosen environmental regulations for the industry and cut federal funding for the more liberal-focused alternatives like wind and solar.

In a previous tweet, Trump said, “The United States must greatly strengthen and expand its nuclear capability until such time as the world comes to its senses regarding nukes.”

And in 2011, following the Fukushima disaster, Trump said on Fox News:

The Global X Uranium ETF (NYSEArca: URA) has increased as much as 45% since the beginning of the year, breaking through 52-week highs and with trading volumes currently nine times higher than three-month ADV.

Specific uranium-focused stocks that stand out as winners include Uranium Energy (NYSEMkts: UEC), NexGen Energy (TSX: NXE), and Energy Fuels (NYSEMkts: UUUU) — all of which have gained as much as 60% since the beginning of the year and sit at or very near 52-week highs.

But this is most likely only the beginning of what will be a new bull market for uranium.

You'll also get our free report, Avoid an Investment Meltdown: Start with This Uranium Stock

A resurgence in America's nuclear capacity will most likely be credited to President Trump. And if there's one thing for certain, Trump will have no reservations in taking the credit.

But even without a blessing or help from the Trump administration, the nuclear power industry is poised for revitalization. And that's because the U.S. nuclear industry actually needs to be modernized.

Truth is, most of the nuclear reactors in the United States were built in the 1960s and 1970s. I've heard from one employee at a nuclear reactor that their electronic systems are still analog.

Additionally, many of the operating licenses for American nuclear reactors are rapidly expiring. So whoever the current administration may have been — Trump, Hillary, or Mr. T — they would have been faced with the decision to allow these licenses to be renewed or shut down the plants.

Point is, the U.S. nuclear power industry needs attention. And it's quite likely that Trump will give it.

Looking worldwide, there are even greater signs of growth for the nuclear industry. Most estimates show global nuclear energy demand growing by about 4% CAGR through the next five years.

Right now there are 61 new nuclear reactors being built around the world, and another 150 are in different stages of planning.

Meanwhile, roughly three-quarters of the world’s uranium mines are economically unfeasible at current spot prices of $22.50 per pound. So they're either going to eventually shut those mines down — which could lead to supply constraints — or uranium's spot price needs to increase for companies to make long-term supply contracts that make economical sense.

Much of the negative sentiment surrounding Fukushima has dissipated, and the global nuclear industry is once again growing. Closer to home, we have a new president who is almost certainly pro-nuclear.

All this bodes very well for uranium-focused companies and their investors. And I think we're on the verge of a new uranium bull market.

Investors should look to add high-quality and currently well-financed uranium production and development stocks to their portfolios before the uranium story becomes bigger.