The U.S. Military Is Adopting a Dog

Remember Spot, the flagship robot from Boston Dynamics? He’s been a part of tech culture for close to a decade now. 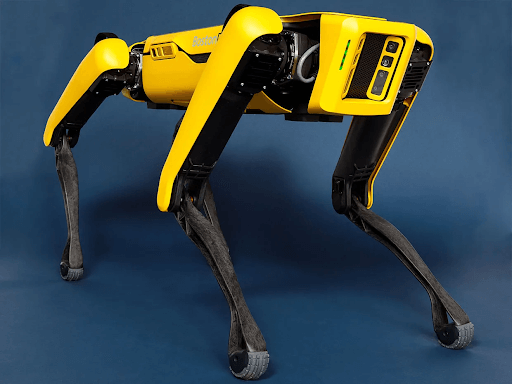 At the exact moment this technological wonder was announced, I assumed it would eventually end up in the military’s hands. It seemed inevitable.

Well, that moment has arrived. The Air Force is officially commissioning a fleet of Spots to carry out a few special tasks, most of which are too dangerous to send in humans.

The folks in charge want to use these bots to scope out dangerous areas, like hazmat sites or potential explosives.

At least, that’s what they're telling the public. I’d like to assume the military has safety in mind here, but my natural cynicism says otherwise.

From where I’m sitting, it looks like the military is gearing up for a new era of combat robots.

Under the guise of “protecting the troops,” the Air Force might be secretly working to solve the biggest obstacle between us and fully automated robo-soldiers.

Your overall trust in the government will determine whether you find that news hopeful or terrifying. For now, I just hope we are the first ones to pull it off…

It’s a Brave New World We Live In

For those who skipped their stint in the military (myself included), let me clear something up: The vast majority of life in the armed forces is soul-crushingly boring.

The military is a massive machine, and it requires an extraordinary amount of maintenance to keep it running. I’m sure any veterans out there will echo that fact.

A common enlisted soldier will spend close to 90% of their time doing menial tasks. Sweeping, scrubbing, and landscaping are just a few of the thrilling options available to the everyday grunt.

Occasionally, however, the military has a habit of thrusting its legion of soldier-laborers into some dangerous situations.

Take the Air Force, for example. It has a lot of big, dangerous toys at its disposal. 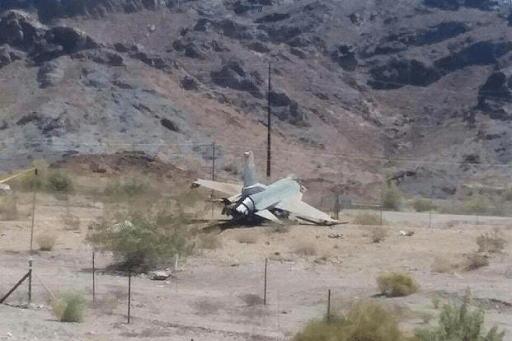 And sadly, sometimes it crashes them.

When a large aircraft goes down, it essentially becomes a time bomb. Even with no dangerous material in the cargo, the unburned fuel can ignite at any moment.

That doesn't bode well for the pilot and passengers.

Time is of the essence here, so the situation becomes a particularly nasty Catch-22 — do we risk more lives by sending in rescuers or do we simply cut losses?

That's a decision no commanding officer ever wants to make.

On paper, those are the military’s plans for these robots. It’s only one specific circumstance, but there are countless other daily hazards that Spot could solve in its sleep.

Honestly? We Are Almost There

Spot has gone through a few interesting upgrades since first being announced in 2016.

You can pick and choose what type of sensors your bot comes with, but the base model relies solely on a set of stereo and depth cameras, combined with an inertial measurement unit (IMU) and position/force sensors in each leg.

That’s great if all you want to do is snap pictures and then call it a day.

If that were the case, a cheap camera strapped to a remote-control car could do the job for a fraction of the cost.

The military wants a little bit more functionality out of Spot if Boston Dynamics is going to land a fat contract.

The Air Force’s upgrade plan is to add a LIDAR unit to each robot, giving it the gift of sight. 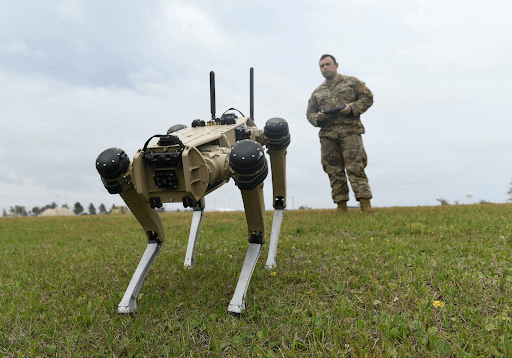 A LIDAR-equipped Spot can do much, much more than just see. These units are vastly superior to the typical cameras that all of Boston Dynamics’ robots currently rely on.

LIDAR, radar’s 21st-century counterpart, stands for "light detecting and ranging." It beams out powerful lasers in every direction and then measures precisely how they bounce back.

By interpreting the reflections of each beam, the LIDAR unit can create an incredibly detailed map of its surroundings.

The picture is constructed out of each individual laser beam. It may look a little strange, but each of those lines contains incredibly precise measurements. 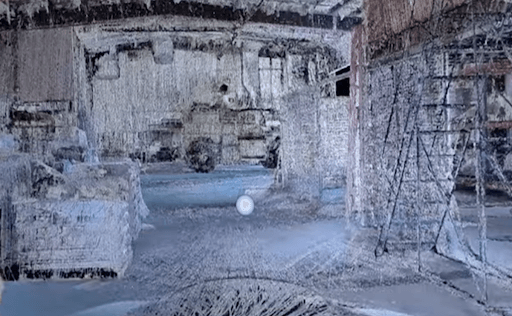 You might recognize LIDAR’s name from news articles about self-driving vehicles. Right now, LIDAR is one of the best options to help these autonomous vehicles navigate in high-speed situations.

In the military’s hands, a tool like this would be worth its weight in gold.

So far, the Air Force has more than a few projects in mind.

Bomb disposal and site inspection are obviously the biggest necessities, but there’s honestly no limit to what Spot could do with this technology.

Since LIDAR can instantly detect and measure distance, it could effortlessly find any damage to aircraft runways.

Instead of pulling out a ruler, a LIDAR-enhanced Spot could simply glance over a pothole.

After a nearly instantaneous laser pulse, the LIDAR unit would know the exact size and amount of concrete needed to patch it up.

An investment in LIDAR coming from the U.S. military is nothing to sneeze at. Every American knows the government is always willing to dump money into defense.

The DOD is working with a $740 billion budget for 2022. That’s more than enough to help LIDAR reach its true potential.

Right now, I can only think of one company with enough bandwidth to meet this level of demand. The Air Force hasn't confirmed any details, but I would be shocked if any other other choices were considered.

The LIDAR manufacturer currently on the shortlist for this contract is practically a household name to anyone working in the industry.

Don’t just take my word for it, though.

Keith Kohl, one of our leading tech editors, has already done all the hard work for you. Check out his thorough research here if you aren't fully convinced yet.