The Trough of Disillusionment Is Over

Yesterday was Memorial Day — a day of barbecues, beaches, and porch sitting. It is also a United States federal holiday to honor and remember those in the military who lost their lives for this country.

Two years ago, in order to reduce these numbers, the armed forces implemented new programs to help. These included the old standards of counseling, emergency hotlines, and training. But the Air Force has taken it a step further and implemented virtual reality (VR) training.

According to The New York Times:

Over 1,000 Air Force personnel have participated in the training so far; 97% of those who tried it would recommend it, and trainees reported an increase in the likelihood to intervene with a person in crisis, Air Force officials said.

And among those ages 18 to 25 — a generation more used to interactive virtual experiences that makes up the bulk of new recruits — the impact increased sevenfold. Officials intend to train at least 10,000 airmen with the program this year.

The airmen like the VR training because it allows them to be active participants in helping a virtual character get the treatment they need. They learn by doing.

And as a former service member who has sat through endlessly boring politically correct training where a disinterested chief just goes through the motions, it is easy to understand the appeal of this new VR training.

VR and the Gartner Hype Cycle

Here is the Gartner Hype Cycle. It describes the uptake of new technology. 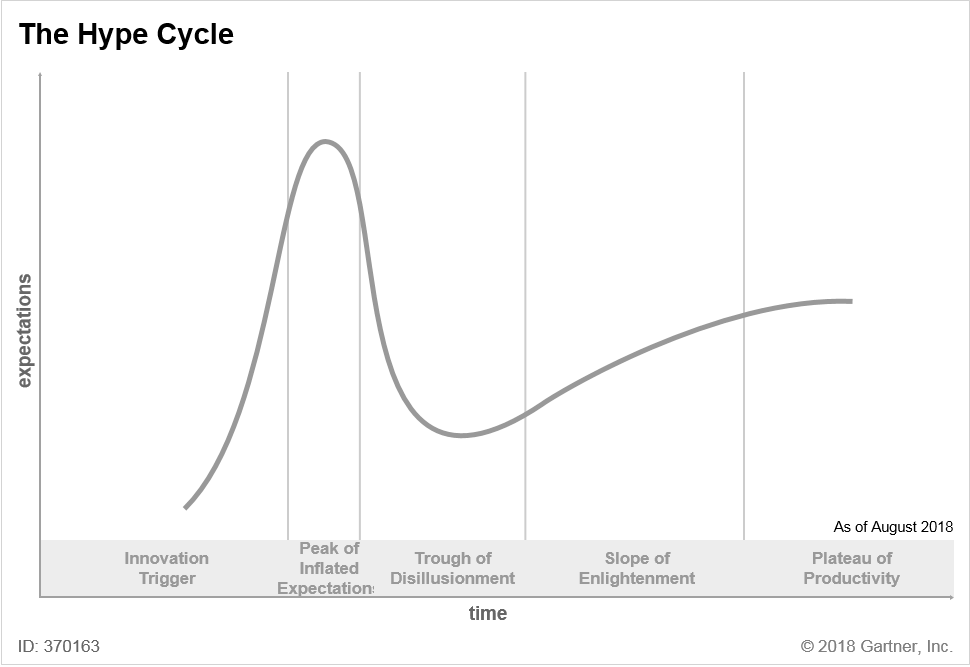 Google Glass came out in 2013. VR came and went through the peak of inflated expectations.

But now the technology is better, the internet is faster, the reasons for using VR in the first place have been more clearly thought out, and workable VR applications have been created. And it’s not just for training — it's about building digital worlds that move in real time and allow complex engineering.

This technology lets doctors practice complex surgeries before they ever pick up a knife. And once they do begin to cut, this technology guides surgeons like a sophisticated missile guidance system… so you don't have to worry about potentially deadly medical errors.

Oil and gas companies are using this technology to plan and build giant offshore oil rigs. This technology can predict and prevent dangerous mechanical failures before they happen. It’s already saving millions of dollars and countless lives around the world.

First responders were trained in how to properly store and administer the COVID-19 vaccine using VR headsets. Six months ago, they weren’t about to go to a conference on it.

And now the Air Force is using it. As investors, we are past the trough of disillusionment and moving up the slope of enlightenment. One of these stocks I recommended is already up over 400%. Click here now and learn how to profit today.