The Next Great Upgrade: 2022 and Beyond

2021 was quite a year, and during the first few days of 2022, I suddenly realized something.

Even in the face of this century’s worst health epidemic, technological progress has hardly missed a beat.

The entire planet has been under threat of intermittent shutdowns for multiple years now. The economy has suffered incalculable losses, and the labor market has been thrown into complete upheaval.

But despite all this, the world’s spirit of innovation and discovery is flourishing.

The real agents of change out there haven't missed a beat. If anything, this new threat has reinvigorated some of the planet’s top minds.

For one particular field of science, this past year has been a blockbuster. 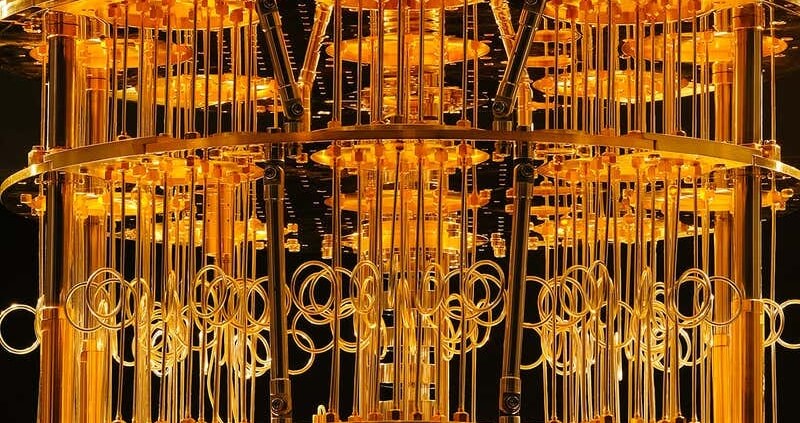 For the past decade or more, the tech itself has been locked away in the relative safety of university labs around the world. You might have heard of it before in passing, but very few people expected it to actually materialize.

At this point, it’s impossible for you to NOT have heard of quantum computing. The news has been full of real-world proof that this stuff works.

In just a few decades, quantum computers have evolved from the musings of a few ambitious physicists into the genuine article.

The 2000s and 2010s saw a lot of funding shuffled around, but very little real success came out of it. The long and tedious development phase tested the resolve of even the most committed researchers.

Without a tangible success story to rile people up, the public started to gradually lose interest in the technology altogether.

Then in 2019, when Google announced it had achieved “quantum supremacy,” the world quickly snapped back to attention. Several competitors have since dismissed Google's claim as bogus, but the idea of quantum computers becoming the new standard was firmly established.

After that, the race was officially on. The computing industry hasn't seen so much attention from the general public since Y2K.

Everyone was asking the same question: “Do they work?”

Luckily, I’m here to inform you that the answer is… still no.

Sure, these machines function. But they operate similarly to our current best attempts at nuclear fusion: They cost far more input than they provide in output.

By my estimate, we are somewhere between a few months and a few decades away from building a quantum machine that can rival today’s top supercomputers.

I know that’s a vague timeline, and I wish I could be more specific. But in the world of quantum physics, there are very few definite answers.

There is one definite figure I can offer, however: $1.02 billion.

That's the total amount of private funding that went to the young quantum computing industry in 2021 alone. And it doesn't even take into account the amount spent by deep-pocketed tech giants like IBM or Microsoft.

Some market analysts are even taking it a step further. Recent projections from reputable firms are confident that the industry will hit $1 trillion by 2030. For perspective, that’s around five times more than last year’s global computer sales. 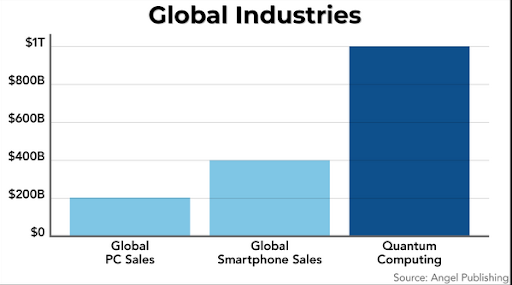 The takeaway here is that even without a practical prototype, the quantum computing market isn't short on cash or confidence. Hedge funds and venture capitalists are finally feeling bold enough to take the plunge.

And why shouldn't they? Even with a few daunting engineering challenges facing them, the top researchers in the field unanimously agree that it will change the world.

It won’t just become a new standard — it will render any old-school machines completely obsolete.

There are currently hundreds of companies that claim to be in the quantum computing business. Very few of them pass a cursory financial analysis.

Fewer still seem to have any hope of bringing a real product to market in this century.

It took some serious legwork to narrow down the best stock plays in this sector. As expected, everyone claims to have found the Holy Grail without offering anything to back it up.

After weeding out the imposters, tech editor Keith Kohl and I only feel confident recommending one top pick for this industry.

Check out the free presentation here before the rest of the rabble climbs aboard and it becomes old news.