The GameStop Mafia Is Back: 3 Strategies to Profit off This Crazy Action

I thought this story would be dead by now… but the madness is actually far from over.

In a surprise move, GameStop (NYSE: GME) shares soared Wednesday afternoon and again during trading Thursday. Unusual options activity and an odd picture of a McDonald’s ice cream cone tweeted by activist investor Ryan Cohen — a major shareholder and member of GameStop’s board — sparked the action.

On cue, the GME Reddit mafia is back and rallying, refusing to "go gentle into that good night."

Shares of the stock hit as high as $172 this week before settling back down in a range in the $130s early Friday, a price well beyond the company’s true value. But for the mass of retail investors who are buying on nostalgia and a shared “f*ck Wall Street” mentality, that doesn’t matter.

From Yahoo Finance's homepage this morning:

I don’t blame them for thinking that way.

When hedge funds can naked short sell en masse, why shouldn’t the everyday retail investor be able to galvanize and exercise the same market-making power? What amazes me most of all is how the GME Reddit mafia has managed — for the most part — to stick together. It’s unprecedented.

Looking at things from a broader investment perspective, it’s clear the retail investor is a more powerful entity than it ever was before. We are a major disruptive force.

But until this shift in the balance of power finds an equilibrium, investors can expect significant sideways chop in the market. If you’re not a Reddit or Wall Street insider and you’re not careful, your portfolio could wind up underwater.

This year, we’re going to have to employ some different tactics and be more proactive to stay ahead of things. Here are some strategies to consider moving forward.

For the next 20 years, I plan to be a heavy buyer in growth and tech stocks. I am even buying them now as tech stocks take it on the chin because I know in the future they will be worth three or four times the price I’m getting them at today.

But at the same time, I’m also rotating some funds into value plays.

Value stocks will likely continue to outperform the greater market in the short term as choppy conditions pervade and rising bond yields drag on growth sectors. This week we saw a lot of movement into industrial, energy, financial, and travel stocks. 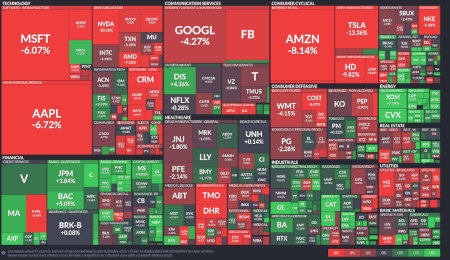 This trend can offer strong returns while we wait for the greater market to regain its upward momentum. You’ll want to reallocate some of your portfolio to these sectors, especially if you’re like me and have spent most of your time investing in growth recently.

You won’t find me recommending financial stocks very often. It’s just not where I see a lot of opportunity week to week. But Capital One Financial Corp. (NYSE: COF) is significantly undervalued, according to Wall Street metrics, despite sitting near all-time highs right now. Catalysts moving forward are rising interest rates along with the company’s plan to raise credit limits for many of its customers.

At the very least, I think this will result in a strong double-digit return for shareholders who can buy in on dips below $115.

Crude oil prices have risen sharply over the past two months, as I predicted they would. With oil now trading above $60 per barrel, it’s time to consider adding to your energy positions or claiming a stake in one if you aren’t already in this sector.

The rise to $60 oil is just the start. OPEC is likely to keep production steady through spring and possibly summer. This, along with declining U.S. production, falling inventories, and a rise in demand, should keep strong upward pressure on oil prices in the short term.

At this rate, $80-per-barrel prices are not far-fetched.

There are a lot of solid plays you can make in this sector for some quick gains. Back in December, as oil’s upward trend emerged, I suggested readers get ahead of the curve and take positions in Baker Hughes Co. (NYSE: BKR), Chevron Corp. (NYSE: CVX), and Valero Energy (NYSE: VLO). 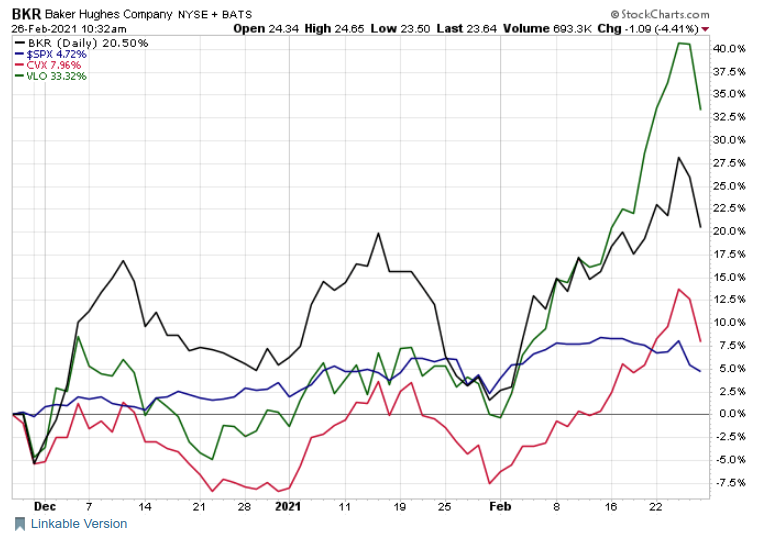 After this week’s sell-off, I’m pretty happy sitting on those gains to close out the week. Take advantage while you can.

Using the options market is a great way to make profits in a choppy, sideways market.

An option is a financial instrument that derives its value based on the value of its underlying security. In most cases, this a stock.

To deal with a choppy market like we have right now, some traders will buy and sell covered puts and calls on positions they already hold, which allows them to leverage the stocks they already own for potentially sizable premiums.

A covered call or put simply means you own the shares of the underlying stock while you buy and sell its options contract.

More advanced options traders can also consider a short straddle strategy. This involves selling both a put and a call at the same time on the same asset. The seller gets to keep the premium they receive on both options if they expire worthless — a likely outcome in a sideways market.