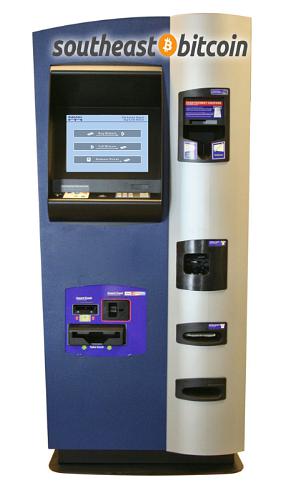 Bitcoin ATMs are popping up all over America from various providers. There are a handful in Texas and California, as well as one in Washington DC, Vancouver, and Edmonton.

The state of South Carolina today is getting its first Bitcoin ATM, located at the College of Charleston TD Arena.

The company providing the machine is a small Robocoin franchise called Southeast Bitcoin, which has the southeastern United States staked out as a potential market. Until the end of April, Robocoin ATM operator fees total either $30,000 up front or $20,000 plus 1 percent interest.

The potential disasters linked to nuclear power are big enough to have kept an entire generation afraid. But the disasters wouldn't be so big if nuclear energy wasn't so impressively powerful, so it's a trade many find totally worthwhile. And speaking of trading, we have picked out a few choice Uranium plays that are undervalued so you can grab onto some of that power.