Tesla had a great day on Monday after it smashed its quarterly record for deliveries.

Great news for Tesla believers, horrible news for longtime Tesla shorts who refuse to concede that their hatred for progress is losing them money.

I’ve been a longtime bull on Tesla, even before the company went public.

I actually talked about Tesla back in 2007 at an energy conference and was greeted with a fair amount of hostility and mockery. Today, Tesla has a market valuation exceeding $1 trillion.

Now, I’m not suggesting you run out and buy shares of Tesla, but what I am suggesting is that sometimes you have to take a stand when you’re bringing a message of progress and profits. I don’t let the naysayers deter me from making money, and you shouldn’t either.

Back in 2007, few investors could wrap their heads around the idea that the time had come for the transition away from internal combustion and that the transition was going to be initiated by Tesla.

Yet here we are today with the integration of electric vehicles happening so quickly that gasoline consumption is expected to peak in just five years, plateau, and then begin to decline with no chance of a rebound. 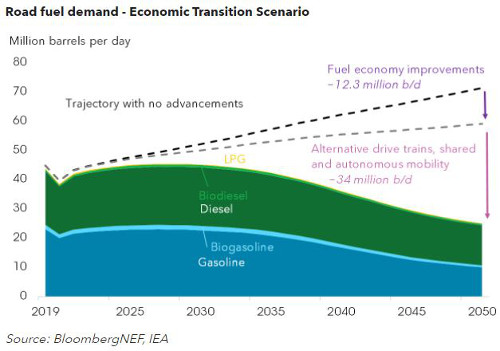 Because Tesla had built a “better mousetrap,” the global transportation economy was forced into a transition that its gatekeepers could no longer prevent from happening. And it tried.

While you can certainly deter progress, you can’t stop it. And if you’re smart, you’ll profit from it.

Such is the case with "Helix-Scaling," which is a process that now allows scientists to rewrite DNA code that can do everything from resurrecting the smell of extinct flowers to reprogramming human cells to protect you from nearly any virus — including COVID-19.

It’s essentially the next generation of biohacking and, more importantly, modern medicine.

With Helix-Scaling, we can literally program the cells in our bodies to fight infections, become physically stronger, and potentially smarter too.

It almost reminds me of the “limitless” pill in the movie Limitless, where the main character starts using a drug called NZT-48 that gives him the ability to become stronger, faster, and smarter.

Of course, that film was science fiction, but Helix-Scaling, which is quite similar, is very real and very profitable.

And if you don’t believe it, just look at the numbers for yourself in this Helix-Scaling report.

I know this may seem hard to believe. Hell, it’s hard to even grasp the concept of such a thing. But there’s so much money to be made in Helix-Scaling we’d be foolish to not get a piece of this action right now.

That’s why I put together this short investment note explaining what Helix-Scaling is, which billionaires are backing it right now, and why it’ll be bigger than any other opportunity you’ll see in your lifetime.