The New Jewel of the Southeast?

Some are calling it “the world’s best up-and-coming mining spot.”

And that's worth noting because this tiny country has already proven itself as a host to massive, world-class mineral deposits — including the largest copper deposit in Southeast Asia.

The country I'm talking about is Myanmar. 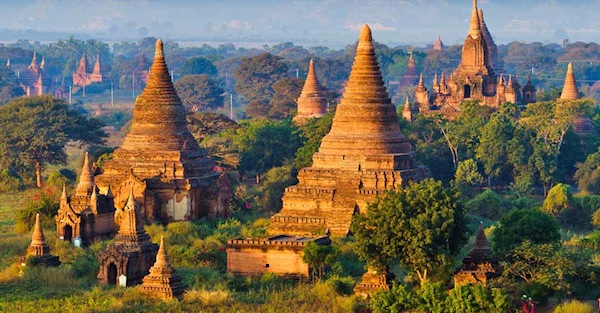 After 50 years of socialist and military governments — under which Myanmar (formerly Burma) became one of the most underdeveloped countries in the world — the military junta was dissolved in 2011. 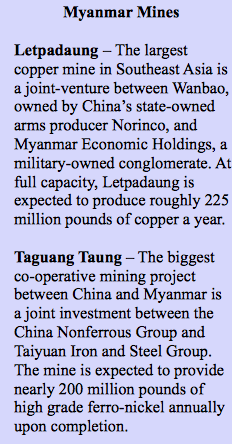 However, many of the pre-Republic laws and regulations considering mineral exploration, development, and mining remain on the books.

According to the 1989 State-Owned Economic Enterprises Law, the exploration, extraction, and sale of minerals is a state monopoly. Big surprise, right?

The country's Ministry of Mines, however, has the power to grant exploration and production licenses to local and foreign private companies — at a price, of course.

To be granted a mineral exploration license, local and foreign private companies must enter into a production-sharing contract with one of the state-owned mining enterprises.

The Myanmar mining production-sharing contracts were generally included as a standard term, requiring miners to fork over up to 30% of their output to the government!

And that is what's owed to the government plus relevant income taxes and royalties, which range from 3% to 5% depending on the mineral.

In late December, lawmakers signed new amendments into Myanmar's mining law that allow the government to elect to take an equity interest in mining projects rather than the 30% production share.

After signing the amendments, the Ministry of Mines has been given 90 days to draft new mining regulations that take into account the revised law.

Concurrent to changes to the country's mining laws, Myanmar is also preparing to open its first official market for gold and metal trading.

The Myanmar Federation of Mining Association is now working with various state departments on the preparation and implementation of the new exchange.

All of this makes investment into the Myanmar mining market a bit more attractive...

But not attractive enough for me yet.

Way Too Soon for Myanmar Investment

Most of the investment money going into Myanmar over the past few years has been from China. Investors from other OECD countries — including the United States, EU, and Japan — have yet to commit large sums of capital to Myanmar.

And I'm personally holding back with them.

Strong investment into Myanmar mining companies still seems a bit too risky to me — and it's no doubt bogged down with heavy regulations.

I'm glad that Myanmar officials are working to loosen regulations on their mining industry. But I think it's way too soon to make a big investment into mineral exploration or mining firms focused on projects in Myanmar. I advise looking for mineral exploration and mining plays that are operating elsewhere in the world.