Investing in an Age of HyperAbsurdity

Welcome to the Age of HyperAbsurdity...

Lies are equal to truth. Fact and fiction are blurred, sometimes into irrelevance.

Dividing is unifying. Power willingly congeals around "us vs. them"... even if "they" might not even exist.

Regression is seen as progress... until it's not.

Dependence has become independence... with a sharp and bitter price.

War is peace. Freedom is slavery. Ignorance is Strength.
— Slogan of the tyrannical superstate of Oceania

The world is rejecting self-evident propositions. And the peak to this absurdity seems quite far out of sight.

How did we get to such a strange place?

And in this upside-down world where the unexpected can be expected, where do we as investors put our money?

For answers, we might consider looking to human psychology and philosophy for answers...

The human being has a tendency to seek intrinsic value, meaning, and/or purpose in life.

If a person fails to find these things, an internal conflict is likely to arise.

In Kierkegaard's context, absurdity is simply the irrational rejection of self-evident propositions (a “human impossible”), rather than describing something technically or logically impossible as we might generally use the term today.

I contend that the world is now full sail into an Age of HyperAbsurdity, categorized not only by an irrational rejection of self-evident propositions (such as described above), but also a highly apathetic and near mocking willingness to accept these rejections

In short, our reaction to absurdity has become highly absurd itself... a HyperAbsurdity. But this is the equivalent of shooting yourself in the foot and laughing about it.

An absurd world is Alice's Wonderland.

A hyperabsurd world is Alice's Wonderland on LSD.

And that's where we are, with the peak of this acid trip still seemingly quite far out of sight.

Now, this isn't something that's happened overnight. Nor does it only affect politics and social issues. Consider this...

How many blades does your face razor have?

A Ghostbusters remake with an all-female cast? Why?

Just a few weeks ago, adults were afraid of clowns.

It doesn't matter if you love him or hate him... Donald Trump is going to be the next president of the United States. Just 10 years ago, that would have sounded just as outrageous as hearing an argument for why Katy Perry will run and be elected as POTUS in 2028.

Here's one of my favorite more recent hyperabsurdities... 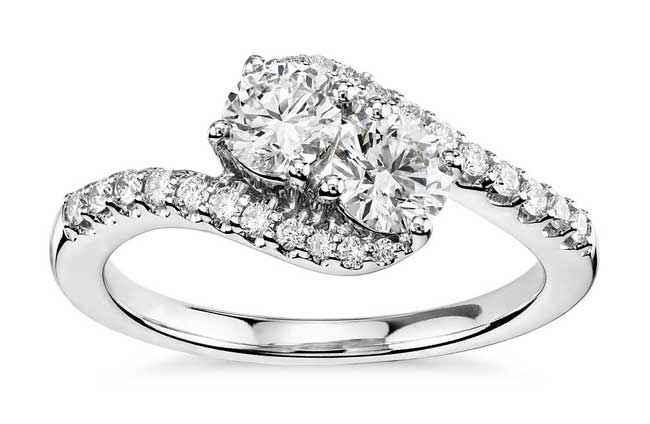 Kay Jewelers' Ever Us™ Two-Stone Ring

(By the way, the smartest among you will immediately go out and buy one of these. The rest will go later.)

So again, in this upside-down world where anything at all can be expected, where do we as investors put our money?

Well, first and foremost, we have to consider the “no-alternative” investments. These would be things fundamental to life like food, water, and shelter.

Other “no-alternatives” would include death-care. Even in the most absurd of realities, people are going to die. And the death-care industry is very tightly controlled.

Hillenbrand (NYSE: HI) manufactures nearly half of all the caskets sold in the U.S. Service Corp. International (NYSE: SCI) controls nearly 15% of the entire funeral and cemetery market share in North America, with over 1,200 funeral service locations and nearly 400 cemeteries.

But aside from the “no-alternatives,” we can certainly expect higher levels of market volatility as we watch things become more absurd.

Investing directly in market volatility isn't really possible. Of course, there is the CBOE volatility index (VIX). But unlike other major indexes, there's no way to directly invest in VIX. There are some ETFs and ETNs that attempt to track VIX such as iPath S&P 500 VIX Short-Term Futures ETN (NYSEArca: VXX), but they often fail to track VIX exactly and have high expense ratios.

I maintain that the best way to invest in market volatility is gold and precious metals. And to those ends, I mean physical bullion and large producers and royalty companies.

In a world of ever-increasing absurdity, we can also expect vice stocks to do well. Alcohol, tobacco, drugs, gambling, and sex are all used as methods of escape. As things become weirder and weirder, more people will seek escape in these things.

In short, I believe the best plays are the safest plays here...

But maybe above all, expect the unexpected.