How China is Giving Nuclear a Much-Needed Upgrade

Can thorium save the nuclear industry?

Whenever I bring up nuclear as a clean power option, I get three responses:

The argument here, of course, is not that nuclear isn’t clean, just that it isn’t safe.

And even in the face of these historical events, I have to disagree.

Consider this: those three accidents have directly accounted for 56, 0, and 0 deaths, respectively.

To be fair, let's count the 4,000 possible cancer-related deaths the International Atomic Energy Agency estimates could eventually be attributed to Chernobyl, and even extend that same caution to the other two.

Given that, these three catastrophic events will have (eventually) killed around 12,056 people worldwide.

Because of this, many argue we need to stop using nuclear power.

Meanwhile, nearly 40,000 people died in car crashes just in the U.S. in 2016, according to the National Safety Council. And that’s not a record number — it’s about average, actually.

And do people stop driving cars?

The answer to deadly car crashes is usually to make the cars safer.

So the answer to deadly nuclear reactors should be the same: make them safer!

Fukushima was a major turning point for this energy source.

Even though a number of nuclear events happened before that, this particular tsunami-driven meltdown made a potent point.

Immediately afterwards, countries all over the world shut down large portions of their nuclear capacity.

To make up for the lost energy production, they began building new, “safer” natural gas and coal-fired plants.

It’s no wonder that many of those same countries, Japan included, are now looking to bring their reactors back online.

China, notably one of the most smog-ridden countries in the world, is at the forefront of this nuclear revival, and its focus is on making its reactors more efficient and much less dangerous. 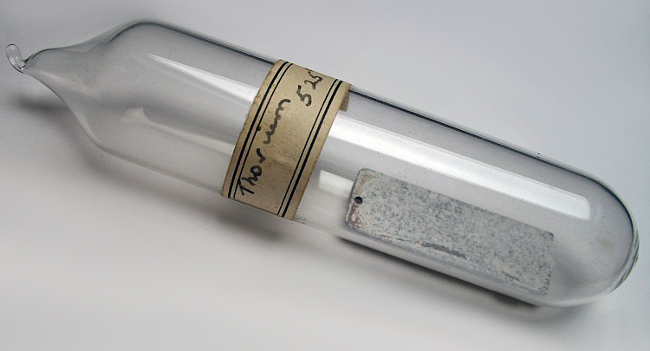 Turns out the secret to both of those things is a metal called thorium.

Thorium is a slightly radioactive metal that is not reactive on its own. It can only be part of a nuclear process when combined with a more fissile fuel, such as uranium or plutonium.

This means in the event of an emergency, thorium reactions can be shut down more quickly than can pure uranium reactions.

Plus, the chemical changes that happen in the process of producing energy from thorium actually consume most of the metal, leaving behind less waste with a much smaller radioactive half-life.

China is developing both liquid fluoride thorium and solid fuel thorium reactors, both of which have benefits over today’s uranium designs.

The one considerable downside to this technology is that it’s still very young, and thus still in development. The first experimental thorium nuclear plant came online in Norway in 2013, and none of China’s designs are expected to be commercially viable until 2030.

Still, you shouldn't be giving this little-known metal the hook just yet.

You'll also get our free report, Avoid an Investment Meltdown: Start with This Uranium Stock

Jeff Siegel made a good point earlier this week that U.S. nuclear isn’t likely to see a massive renaissance.

But keep in mind that this is a global issue, one that’s becoming more and more likely to take off as countries work to shut down coal use and bring cleaner energies online.

The IEA estimates that there will be a 60% increase in global nuclear capacity by 2040, with increases coming mainly from China.

When thorium nuclear is takes off, it’s going to start there.

And while uranium is still rising on this new nuclear wave, thorium may soon be giving it a run for its money.

In addition to being cleaner and safer than uranium, thorium supplies are going to be a lot easier to deal with for both miners and energy producers.

It only takes about one ton of thorium to produce the same amount of energy as a full 200 tons of uranium, so it’s inherently more efficient to use.

It’s also cheaper to mine than uranium, making it a more affordable option for cheap nuclear power.

Today, there’s not much demand for this metal. The U.S. Geological Survey notes that demand in recent years has been mostly for research purposes.

But you and I both know that’s how industry-changing technologies all start out...

Nuclear isn’t the only clean tech fighting to bring down costs.

Solar and wind developments are also becoming more affordable by the day, and bringing lithium battery prices down with them.

The question now is: which will we see more of in the future?

Today’s solar panels and wind turbines are already commercially viable in many places, but the efficiency just isn’t up to snuff with traditional power plants.

In the meantime, evolving thorium nuclear reactors still have a fighting chance.