While installing an experimental new weather radar, he picked up a reading that was unlike anything else he’d ever seen before.

Bewildered, Staggs recorded as much data as possible as the radar echo slowly disappeared into the background noise.

He rushed the readings to a few local meteorologists, totally unaware he was about to hand them one of the biggest discoveries in the field. 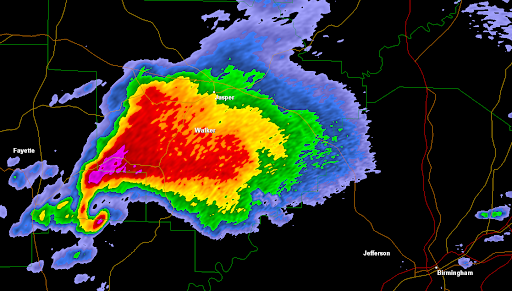 Before we had a global network of high-tech radars at our disposal, the world’s weather forecasting was pitiful. It wasn't uncommon for large-scale hurricanes to catch coastal cities completely off guard.

Staggs’ discovery, something he called a “hook echo,” is a tiny, turbulent interaction between hot and cold air. It almost exclusively forms within supercell thunderstorms, the kind that tend to spit out tornadoes and level entire towns.

Less than a decade later, that knowledge was used to identify Hurricane Carla as it barreled toward Texas. A then-unknown local reporter named Dan Rather helped kick off a monumental 350,000-person evacuation that cut the death toll down to just 46 people.

In comparison, a much smaller storm absolutely leveled Galveston, Texas, in 1900. Our record keeping wasn't perfect back then, but historians think anywhere from 8,000–10,000 people were killed in a span of two weeks.

The discovery of the hook echo was the unofficial start of a completely new field of meteorology. Humans have been watching the weather for millennia, yet all it took was one small observation to completely redefine our understanding.

Physicists at MIT are in the middle of their own version of the hook echo story as we speak.

Instead of modeling storms, these researchers are doing something totally different yet somehow still very similar. It wouldn't be quantum physics if it didn't come with a paradox or two!

In a similar vein of inspiration as the one that struck Donald Staggs, the MIT team has been looking closely at the swirling interactions between super-chilled sodium atoms.

And they are finding some startling similarities. 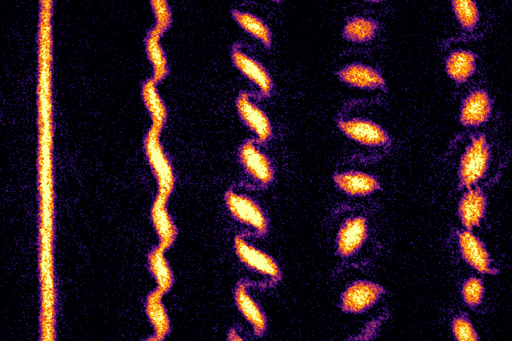 These ghostly wisps exist in the doorway between classical and quantum physics. For the first time ever, researchers at MIT managed to snap a usable image of what is basically quantum mechanics in a nutshell.

The process is fascinating for any fellow science geek. First, the team used lasers to trap a mere million sodium atoms in place and then cooled the whole operation down to just 100 nanokelvins — about as close to absolute zero as you can get!

Once the tiny cloud of atoms was locked in place and appropriately chilled, the researchers started to spin the cloud faster and faster, like marbles in a bowl. This is where things got interesting.

According to the laws of classical physics, the gas should have squished down into a long thin needle, and at first, that’s exactly what happened.

But as the experiment went on, the classical laws seemed to fall away completely. At that exact moment, the research team had crossed over into the realm of quantum physics.

The long needle slowly broke into individual sets of swirling, turbulent clouds. These atom-sized tornadoes are direct evidence of how extremely tiny particles can totally disregard our conventional “laws” of physics.

Just like with Donald Staggs’ hook echos, this discovery of quantum tornadoes opens up a completely new avenue for observing quantum phenomena.

Within the past year, every country on the planet has quietly entered a race to crack quantum physics first. And they’re not just doing it in the spirit of discovery.

Quantum computers are the endgame of quantum physics — and they can be dangerous in the wrong hands.

Take cryptocurrency, for example. The enormous calculations that currently keep your Bitcoin safe from hackers would be a light afternoon’s work for a capable quantum computer.

In fact, just about any data encryption would be trivial to crack with a quantum computer. And that’s exactly why DARPA, the U.S. military, and almost every computing company on Earth is investing heavily into getting there first.

The age of quantum computing is upon us, folks.