Dirty China will make you filthy rich... you can bank on it.

A year ago, I carved out to you my case for cobalt based on the public relations nightmare that awaits any major battery or auto company that dares to get its supply from the Democratic Republic of the Congo (DRC).

Trust me, things get even worse for Musk’s blood metal.

Just take one look at China and you’ll see how bad it’s going to get... or better.

Last week, I gave you 708 million reasons to be bullish on cobalt.

What if I gave you 1.6 million BETTER reasons today?

The Case for Cobalt

If you’re like me, you’ve never had to deal with a red alert.

Be thankful for that. I am.

Imagine yourself getting ready for work one morning. You casually turn on the news and notice that the government has issued a red alert.

That’s precisely what happens in cities like Beijing, when air pollution reaches its most dangerous level.

Citizens found themselves choking when they stepped out of their houses, as a thick layer of smog covered nearly 4 million square miles, or about the size of the entire United States!

If you have truly never seen the smog situation on the ground in Beijing, it’s extraordinary: 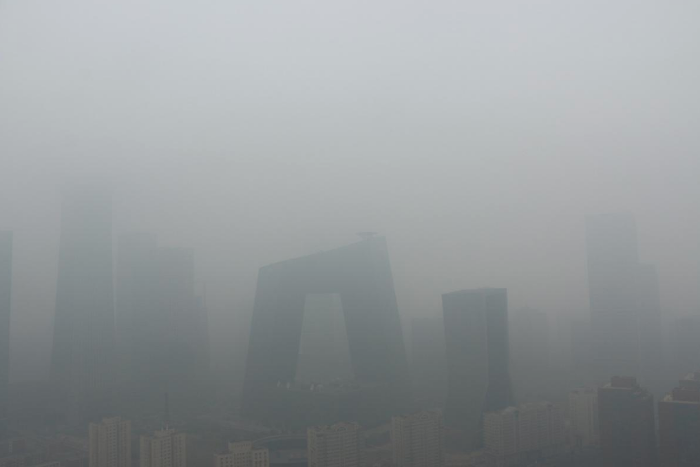 This isn’t a crisis that suddenly popped up, either.

According to the World Health Organization, over 1 million people died from air pollution in 2012.

You can now see why the Chinese are taking the EV revolution seriously.

China certainly won’t be the first, either.

In 2025, bans on gasoline and diesel cars will take effect in Norway and the Netherlands.

In 2030, India and Germany’s own bans will join the effort.

By 2040, the United Kingdom and France will add themselves to the list.

Although some of those countries may not account for too much of the global car market, China is an entirely different case, where vehicle sales reached nearly 29 million units last year.

In fact, one out of every four cars sold on the planet was in China.

For China, the EV revolution is more than profits.

It’s a matter life and death.

You'll also get our free report, Cobalt is the Least Discussed Commodity Ever

I have one bit of advice for you when it comes to cobalt’s future...

Stick to the fundamentals.

For cobalt, that means batteries. After all, over half of cobalt demand is from the battery sector alone.

Without it, we’d have phones that can’t charge as fast, laptops that can’t last as long, and EVs that both cost more and have batteries with a lower energy density.

You’ll quickly figure out that the supply chain for some of these materials can be precarious at best. Below, you can see for yourself that nearly all of the world’s cobalt is produced in the DRC: 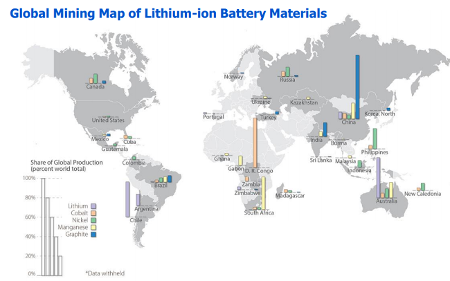 More than half of the supply of these battery ingredients is controlled by a few select countries.

What I found is a small, up-and-coming cobalt producer that is about to become a strong source for ethical cobalt.

Truth is, this company is quickly developing its cobalt project in one of the most mining-friendly states in the country.

Construction has already begun, and initial production is right around the corner.

That stock — trading for less than a buck right now — is poised to explode higher.

And I’ll tell you everything you need to know about this hidden cobalt gem right here.