The U.S. Department of Energy’s National Nuclear Security Administration recently issued its fourth and final cooperative agreement award for FY2019 to an Oregon company for the production of molybdenum-99.

First of all, let's talk about how to pronounce the word “molybdenum” real quick. Lots of folks stumble, but it's pretty simple: The word is four symbols and the “y” makes a short “i” sound, as in “pig.”

You may know a little about molybdenum. It's an important element mostly used in metallurgy to produce specialty steel alloys and chemicals. But molybdenum-99 is different. 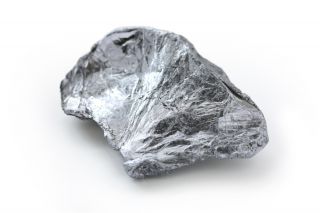 Technetium-99m, another an isotope derived from molybdenum-99, is used in about two-thirds of all diagnostic medical isotope procedures in the United States, according to the National Center for Biotechnology Information.

The Department of Energy says technetium-99m is used in more than 40,000 medical diagnostic procedures in America every single day.

The NCBI even goes so far as to call technetium-99m “the workhorse isotope in nuclear medicine for diagnostic imaging.”

It's clear that molybdenum-99 and its isotope technetium-99m are extremely important to nuclear medicine. The DOE, along with its Nuclear Security Administration, is aiming to ensure that a reliable supply of the stuff is produced here in the United States — and without using highly enriched uranium.

According to the National Academies of Sciences, Engineering, and Medicine, there are only seven government-owned research reactors that produce molybdenum-99 in the world. And not a single one is in America.

All of the molybdenum-99 for medical use is currently produced by irradiating uranium targets in these research reactors:

With tens of thousands of medical diagnostic procedures relying on molybdenum-99 every single day in the U.S., and with no domestic sources, federal support of supply resources is already well justified.

But there are also economic advantages to domestic molybdenum-99 production.

The United States is the world's third-largest producer of molybdenum, after China and Chile. Major molybdenum-producing mines dot the Rocky Mountain Range.

Molybdenum in the U.S. and elsewhere is usually produced as a by-product or co-product, often of copper. There are, however, a few mines that primarily produce molybdenum in Colorado and Idaho. In fact, the Climax mine in Colorado (a primarily molybdenum mine) is historically the world's largest source of molybdenum.

The United States is also home to the world's second-largest reserves of molybdenum, according to the USGS. They estimate the U.S. has 2.7 million metric tons of molybdenum reserves and 5.4 million tons of identified resources. That's enough to supply the entire world's current demand for more than 25 years.

With such vast reserves, and as one of the world's leaders of molybdenum mining, the United States could easily become a key producer of molybdenum-99. That could open the door to new export markets, increasing revenues, creating more jobs... the whole deal.

As mentioned, the other top molybdenum producers are China and Chile. Neither of those countries has its own molybdenum-99 production, either. Like the U.S., they are also dependent on imports.

Domestic molybdenum-99 production could position the United States as the leading supplier of the stuff.

We here at Energy and Capital continue to follow the Department of Energy's efforts for domestic production of molybdenum-99 as well as keep an eye out for any molybdenum miners that stand to benefit.